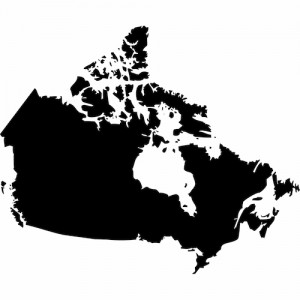 By Jim Dinning and David Mitchell –

Some of our American friends envy us. When compared with the gridlock and dysfunction of Washington D.C., they believe the Canadian parliamentary system allows our governments to actually get things done. And they may be right.

The Westminster model we inherited from Britain lends itself to a concentration of authority. At its apex is a powerful prime minister’s office surrounded by an influential group of political advisors. This isn’t a recent phenomenon, nor is it unique to Canada. In fact, prime ministers since Sir John A. Macdonald have demonstrated enormous capacity for centralized control. And while there have been ebbs and flows over time, an iron rule has been established: it’s very difficult to turn the clock back.

This trend is evident in other Westminster systems (the UK, Australia, New Zealand, etc.), although perhaps not to the same degree as presently in Canada. It’s seen as well in most other western democracies. In fact, the centralization of power in the office of the U.S. President is often cited, with criticisms that White House staffers have significantly more influence and authority than members of cabinet.

The emergence of political staff as a more important, but not so well understood, element of governance is also the case in Canada. Again, this is not new. It is, however, a result of increasing centralization and the need for political control and quick responses. Because of their youth and relative lack of experience, some political advisors are derided — but their influence is beyond doubt. In fact, it raises the prospect that in addition to a professional, non-partisan public service, we’re now witnessing the rise of a separate “political service.”

The American Congressional system was built upon a distrust of authority, with explicit checks and balances among the different branches of government. Our system is perhaps more deferential to authority, but contains implicit countervailing forces. Centralized authority is potentially balanced by cabinet, caucus, political parties, parliament, parliamentary committees, the judiciary, the public service, the news media and public opinion. The provinces and territories can also serve as a counterpoint to unrestricted federal authority. But how potent are these various Canadian checks and balances?

The effectiveness of our Supreme Court and its independence is undisputed. A strong cabinet was once considered essential, especially in providing a forum for collegial governance. Both cabinet and caucus do, in fact, provide possible counterbalances to the concentration of authority, since they have the ability to challenge or even replace a leader. We have seen vivid examples of this in the past year in Alberta and Newfoundland & Labrador, where premiers hastily left office.

But overall how important are these countervailing forces? Does parliament truly hold governments accountable? Does the public service effectively speak truth to power? And is cabinet still relevant as a decision-making body?

A number of important trends now make it more important than ever to understand how our system has evolved and how it`s working. The continuing centralization of authority contrasts with the emergence of a generation of Canadians intimately familiar with social media. They’re inclined towards a more decentralized approach to engagement with all institutions, including governments. A 24/7 news cycle has compelled governments to respond quickly and decisively to an impossible range of issues. At the same time, reduced operating budgets of news-media organizations have led to a deterioration in substantial, in-depth reporting on public policy. Globalization encourages government leaders to engage with their counterparts in other countries on an array of economic and security issues which, in turn, prompts even more concentration of authority.

Engaged citizens can’t afford to be inattentive to decisions being made on their behalf. And it’s even more important that individuals and groups playing key roles in and around our governments have a clear perspective on how our system has evolved.

Governance matters — and we need a more spirited dialogue to ensure that it’s working for Canadians. Is it working for you?