Based in Calgary, Alberta, and with pan-Canadian experience and perspective, David Mitchell is focused on three areas of priority: convening, strategy and public policy.

Currently, David serves on the Alberta Premier’s Council on Charities and Civil Society and is Co-Chair of the Alberta government’s Red Tape Reduction Panel for the Nonprofit Sector. He also serves on the Executive Council of the University of Ottawa’s Professional Development Institute and is on the Board of Directors of the Fragile X Research Foundation of Canada.

David has a broad professional background, spanning the private, public, and nonprofit sectors. From 2017-20 he served as the President and CEO of the Calgary Chamber of Voluntary Organizations (CCVO). Previously he was Vice President, College Advancement & Chief External Relations Officer with Bow Valley College. In both of these roles, he built strong connections in the Calgary and Alberta communities.

In Ottawa, he served as President & CEO of Canada’s Public Policy Forum, a non-governmental organization dedicated to improving the quality of government through multi-sectoral dialogue. Before that he served as vice president at three Canadian universities: Queen’s, Ottawa, and Simon Fraser. Directing fundraising and external relations at each institution, he achieved notable successes in strategic positioning and fund development.

David served as a Member of the British Columbia Legislature from 1991-1996, where he was Opposition House Leader and a watchdog on a broad range of issues including advanced education, resource management, labour relations, and governance. He previously gained experience in parliamentary procedure and legislative processes as Deputy Clerk of the Saskatchewan Legislature.

An award-winning writer and author, he was a Governor and is a Fellow of the Royal Canadian Geographical Society, and previously served on the boards of the Ottawa Symphony Orchestra, the Great Canadian Theatre Company, the Parliamentary Centre, the Vancouver Aquarium and Marine Science Centre, and the Vancouver Art Gallery.

The father of two daughters, and devoted grandfather to three adorable grandchildren, David Mitchell is married to author and women’s advocate, Shari Graydon. 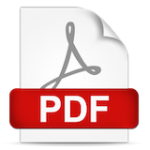